Vivian Apple at the End of the World 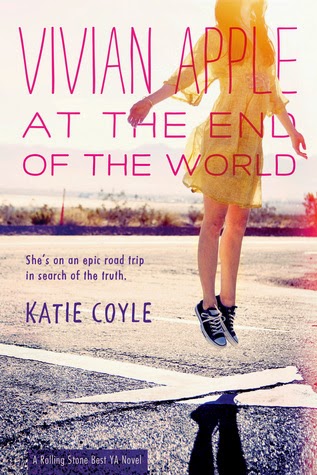 Vivian's parents belong to the Church of America, which was founded when a man named Frick heard god speak to him about the coming rapture of believers. Vivian doesn't put much stock into what her parents believe, until the day after the rapture when she wakes up to find two holes in her parents' bedroom ceiling. Thus she embarks on a road trip across America searching for the truth behind her parents' disappearance.

There are a few reviewers on Amazon who say this book mocks religion.  It does, but not to the extent I expected.  This is not an anti-religion book, but rather a coming of age and finding yourself book that happens to take place during a strange religious phenomenon in the United States.  I enjoyed reading this book, but not enough to pick up the sequel.  Still, it's a good road-trip story and would be easy to book talk to teens.

Read-Alikes: Godless, Evolution, Me & Other Freaks of Nature,Sparks: The Epic, Completely True Blue, (Almost) Holy Quest of Debbie
Posted by Jenni Frencham at 12:00 AM