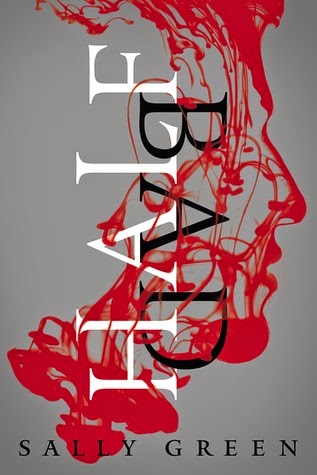 Nathan is a half code - he's the product of a white witch and a black witch, and it hasn't been decided yet whether he's good or bad. The rules set by white witches are becoming stricter regarding half codes and black witches, and Nathan's 17th birthday is approaching. He needs to find his father so he can receive his Gift, but before he can do that, he has to escape his cage.

This book started out in medias res, so the beginning seems a bit abrupt, but I think this was a wise choice as the intense beginning was a good hook for readers who need to be caught in the first few pages before abandoning a book altogether. I was intrigued by the choice to keep Nathan in a cage and train him, while I wondered whether his father was still alive and whether Nathan would be able to meet up with him on his 17th birthday. The paranormal parts of this story are fairly balanced with intense action sequences, so fans of thrillers would enjoy this book just as much as those who are looking for the next vampire/werewolf/zombie read-alike.

Read-Alikes: Hold Me Closer, Necromancer, Rebel Belle, Rot and Ruin
Posted by Jenni Frencham at 12:00 AM