The Before Now and After Then 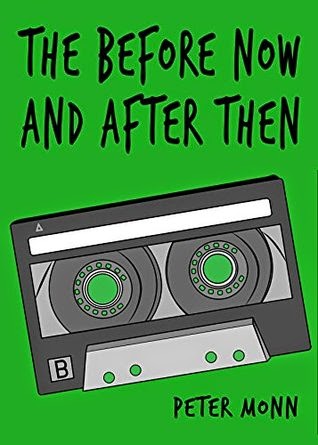 Monn, Peter. The Before Now and After Then. Pen Name Publishing. 2014.

Donny is reeling after the death of his identical twin, Sam. Same was the golden boy: athletic, intelligent, popular. Now Donny isn't sure where he fits or who he really is. His coming out to his parents and their subsequent divorce have not helped things, either. His new start at a brand-new school is a chance to reinvent himself, and with the help of his new best friend Cher and an adorable boy named Rusty, Donny might actually have a chance to do just that.

This book is absolutely a Fault in Our Stars for the LGBT community. There's a love interest, a kid who thinks he's a grenade, a terminally ill person, even the Indianapolis setting is similar. I was glad that Donny had the support that he did in his life and sad for all the tough stuff he's had to deal with. I laughed, I cried, I almost threw my Kindle at the wall at times. And yes, I did Google the Starbucks secret menu afterwards, even though I haven't stopped in to try a new drink yet. Recommended.

Recommended for: teens, fans of TFOIS,
Red Flags: language; Donny and his boyfriend have sex, and while the scene(s) are not explicit, it's pretty obvious what's going on
Overall Rating: 5/5 stars
Posted by Jenni Frencham at 12:00 AM