Anatomy of a Girl Gang 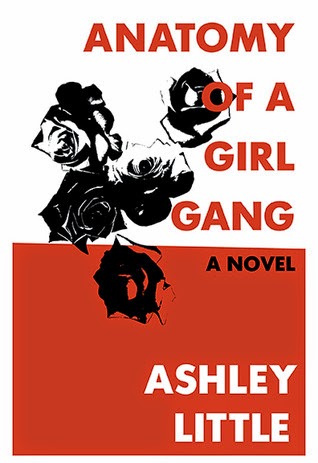 Anatomy of a Girl Gang tells the story of a gang of girls in Vancouver who call themselves the Black Roses. Originally bonded together to make up for what each has lost in her own life, the gang quickly escalates to violence and crime. Told in chapters alternating among the gang members, this urban tale of gang culture will have readers turning the pages even after they’ve guessed at the ending.

Little manages a feat few others have done: her narrating characters’ voices read differently from each other. Chapters that tell the same story from different perspectives truly sound different, and Little has managed to capture the voice of an urban gang, the reasons the girls would join, and how the gang devolved into violence. This book has a dark tone, and the gritty writing style perfectly matches the story being told. The novel packs an emotional punch and is a recommended read for anyone who works with young adults in urban settings. This book would be a good addition to an adult collection at a public library, but would also do well as a “grown-up” read-alike for S.E. Hinton’s The Outsiders.
Posted by Jenni Frencham at 12:00 AM