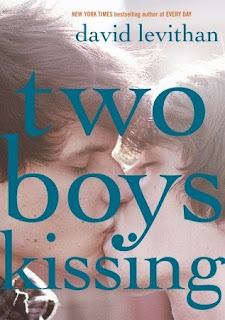 Wow. Just wow. The basic plot of this story is that two boys are attempting to beat the world record for the longest kiss, which means they'll have to be standing up and their lips will have to touch for more than 32 hours. Meanwhile, we follow several other boys - a closeted boy who runs away when his parents find out he's gay, a couple of boys who just started dating, a boy who was born with a girl's body. The entire story is narrated from the perspective of all the gay men who have died of AIDS and are now watching this scene unfold. It's amazing and heart-warming and sad all at once.
Posted by Jenni Frencham at 9:00 PM