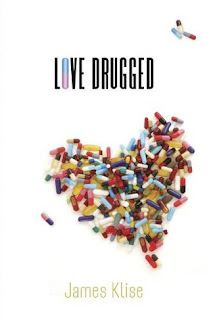 Jamie knows he's gay, so when his pretend-girlfriend's father tells him about a drug he's developing to "cure" gayness, Jamie steals some pills. Eventually he is blackmailed into taking the pills as part of an unofficial study on their effectiveness. By the end of the story, Jamie is out to his family, out to his school, and off the pills. As a side plot, Jamie's best friend has been on Ritalin and chooses to go off of it without telling anyone, with disastrous consequences.

The premise of this story - a closeted gay kid who wants to be normal and straight - is totally believable. A pill to cure him? Not so much. And I'm glad it's not a reality, just like I'm glad that for many LGBTQIA teens, things are getting better
Posted by Jenni Frencham at 9:00 PM