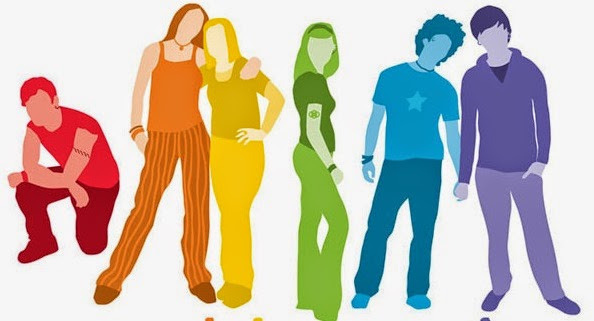 
I intentionally included only young adult works, not middle grade or adult books.  Each of these books has received a 5/5 star rating from me on Goodreads and has been reviewed here on my blog.

One thing I noticed about my list after I made it was that it does indeed reflect a lot of variety both in the characters and in the genres. In fact, many of these stories are set in worlds where a person's gender identity or sexual orientation is not an issue, so rather than being a "coming out" story, some of the stories are simply stories that happen to feature a character who is transgender or who is gay/lesbian.

Young adult literature has vastly improved its record of including diverse characters and not the novel as a lesson where the gay character gets a horrible disease or dies by the end of the book.  We have also moved past the point where every story is a coming out story; many LGBT characters in young adult literature are sure of their orientation or identity and are very open about it with their friends and family.  This, perhaps more than anything, is why the Entertainment Monthly article strikes me as odd; there's no reason to be so limited in a list when there is such variety within the literature.

What are your favorite LGBT characters? Are there characters that I missed that you would have included in your top ten list?
Posted by Jenni Frencham at 12:00 AM