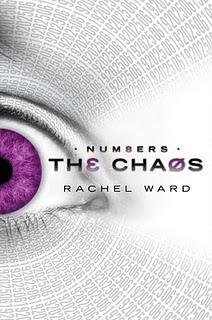 When Adam looks into your eyes, he sees a number.  That number is the day on which you will die.  He can also get an impression of how you will die - whether it will be a violent death or death due to disease or accident. Adam is struggling with this "gift," especially once he realizes that almost everyone around him has the same date.  What exactly is going to happen on January 1, 2027 that will cause so many deaths? Can Adam do something to save those around him?

This was an unsual book with a few interesting subplots.  I continued reading it even though it dragged a bit at times.  I don't know that I would necessarily recommend this book.  There are other, better books out there.  Perhaps I would have enjoyed it more if I had read the first book in the series before reading this sequel.
Posted by Jenni Frencham at 12:00 AM